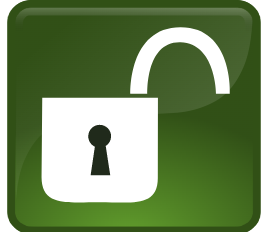 A typical production postmortem story is a tale of daring dives deep into the guts of your system. It is a journey into the intricacies of dependencies between multiple components, the delicate balance of distributed processes that got just the wrong level of alignment to cause some havoc. A production postmortem is a toil of mystery that can last for weeks. This isn’t one of those tales, however. In this one, the entire thing was wrapped up within fifteen minutes. So what was the issue?

The initial premise was pretty straightforward. A customer was running RavenDB in production, but due to their topology, their RavenDB instances are not exposed to the outside world directly. Instead, they route the connection to Azure Web Application Firewall and through Azure Front Door. I have no comment on the actual decision to route through those firewalls. The problem the customer had was that Azure Front Door doesn’t support web-sockets, RavenDB studio makes extensive use of them for a bunch of reasons and there are certain features that are also dependent on them (such as aggressive caching, the Changes() API, etc).

The customer wanted everything to work, and asked if RavenDB can support a long polling method, to avoid the issue entirely.

This is an XY Problem.

There was much confusion to be had, between our support team, yours truly and the technical people of the customer. Here is the issue, the problem the customer experienced is simply not possible. There is absolutely no way that they can run into this issue.

Here is the deal:

Take those three together and you’ll realize that the very design of RavenDB forces you to do SSL termination (here I’m using TLS & SSL as interchangeable terms) at the RavenDB process directly. We have to do it in this manner, since otherwise we wouldn’t be able to validate the certificate from the client.

The customer in this case was running in a secured mode, but was completely unable to use web sockets.

Again, that is not possible. Let me explain why.

If RavenDB is the entity that does SSL termination (in this case, doing the cryptographic handshake, authentication, etc) then anything in the middle between RavenDB and the client is dealing with an encrypted stream of bytes that are indistinguishable from random noise.

In other words, there shouldn’t be a way to not support web sockets, since any proxy in the middle shouldn’t be able to tell what the content of the request is.

This design by RavenDB also prevents you from forwarding requests, since the SSL stream must reach to RavenDB directly (as-is). Otherwise, RavenDB will not be able to authenticate the client certificate.

When we looked at the actual server in question, it quickly became apparent what the issue was. The customer was accessing RavenDB using HTTPS, as is proper. However, RavenDB itself was not configured to run in a secured manner. In other words, the client was accessing RavenDB using HTTPS, but the proxies in the middle will then connect to RavenDB itself using HTTP (no security). That means that RavenDB talks to the proxy with no encryption and the proxy is able to see into the requests. That leads, of course, to the situation where the supported feature set of the proxy impacts what capabilities RavenDB can utilize.

This is a broken setup, I want to point out. It is also a highly misleading setup, because RavenDB is running in unsecured mode, but you are using HTTPS to access it. We intend to make this configuration setup raise an alert and block this from deployments. RavenDB goes to great lengths to ensure that you won’t have those pitfalls to stumble into. I have to admit that we have never actually considered this sort of setup as a scenario. I am strongly reminded of this.

RavenDB is amenable to running behind a proxy, of course. The key to doing so successfully is that the proxy is responsible for TCP traffic only, never interfering with the (encrypted) content that goes over the wire. As a result of this requirement, we don’t need to worry about the capabilities of the various proxies. As long as it is able to support TCP connections, all features of RavenDB will work.