A customer reported that under memory constrained system, a certain operation is taking all the memory and swapping hard. On a machine with just a bit more memory, the operation completed very quickly. It didn’t take long to figure out what was going on, we were reading too much, and we started swapping, and everything went to hell after that.

The problem is that we have code that is there specifically to prevent that, it is there to check that the size that we load from the disk isn’t too big, and that we aren’t doing something foolish. But something broke here.

Here is a sample document, it is simple JSON (without indentation), and it isn’t terribly large: 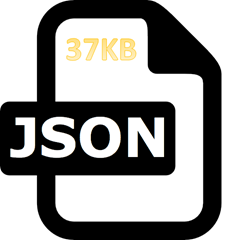 The problem happens when we convert it to a .NET object:

Yep, when we de-serialized it, it takes close to 13 times more space than the text format.

For fun, let us take the following JSON:

This generates a string whose size is less than 1KB.

But when parsing it:

The reason, by the way? It is the structure of the document.

The reason, by the way:

So each two bytes for object creation in JSON ( the {} ) are holding, we are allocating 116 bytes. No wonder this blows up so quickly.

This behavior is utterly dependent on the structure of the document, by the way, and is very hard to protect against, because you don’t really have a way of seeing how much you allocated.

We resolved it by not only watching the size of the documents that we are reading, but the amount of free memory available on the machine (aborting if it gets too low), but that is a really awkward way of doing that.  I’m pretty sure that this is also something that you can use to attack a server, forcing it to allocate a lot of memory by sending very little data to it.

I opened an issue on the CoreCLR about this, and we’ll see if there is something that can be done.

In RavenDB 4.0, we resolved that entirely by using the blittable format, and we have one-to-one mapping between the size of the document on disk and the allocated size (actually, since we map, there is not even allocation of the data, we just access it directly

AppDomain.CurrentDomain.MonitoringTotalAllocatedMemorySize is not thread specific but it is can be consumed form within process and AFAIK a bit more precise than GC ETW events.

OmariO, That is pretty awesome, I'll continue the discussion on the issue.