It looks like I’m on a rule for administrators and operations features in RavenDB 3.5, and in this case, I want to introduce the Administrator JS Console.

This is a way for a server administrator to execute arbitrary code on a running system. Here is a small such example: 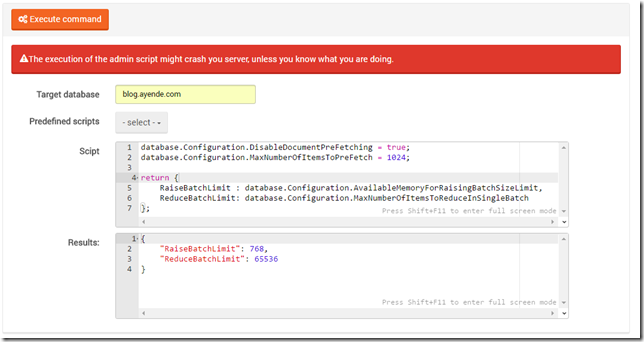 This is 100% the case of giving the administrator the option for running with scissors. 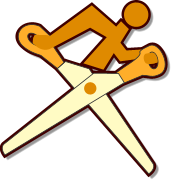 The idea here is that we have the ability to query and modify the state of the server directly. We don’t have to rely on prepared-ahead-of-time end points, and only being able to do whatever it is we thought of beforehand.

If we run into a hard problem, we’ll actually be able to ask the server directly, what ails you, and when we find out, we can tell it, so let us fix that. For example, interrogating the server about the state of its memory, then telling it to flush a particular cache, or changing (at runtime, without any restarts or downtime) the value of a particular configuration option, or giving the server additional information it is missing.

We already saw three cases where having this ability would have been a major time saver, so we are really excited about this feature, and what it means to our ability to more easily support RavenDB in production.

Mark, Already handled, yes. We log all such operations and the results of them.

Great feature! One (really very) minor thing: in the screenshot there is "scipt" as a label ;-)

Even cooler is never having to need it :D