Here we have another aspect of making operations’ life easier. Supporting server-side import/export, including multiple databases, and using various options. 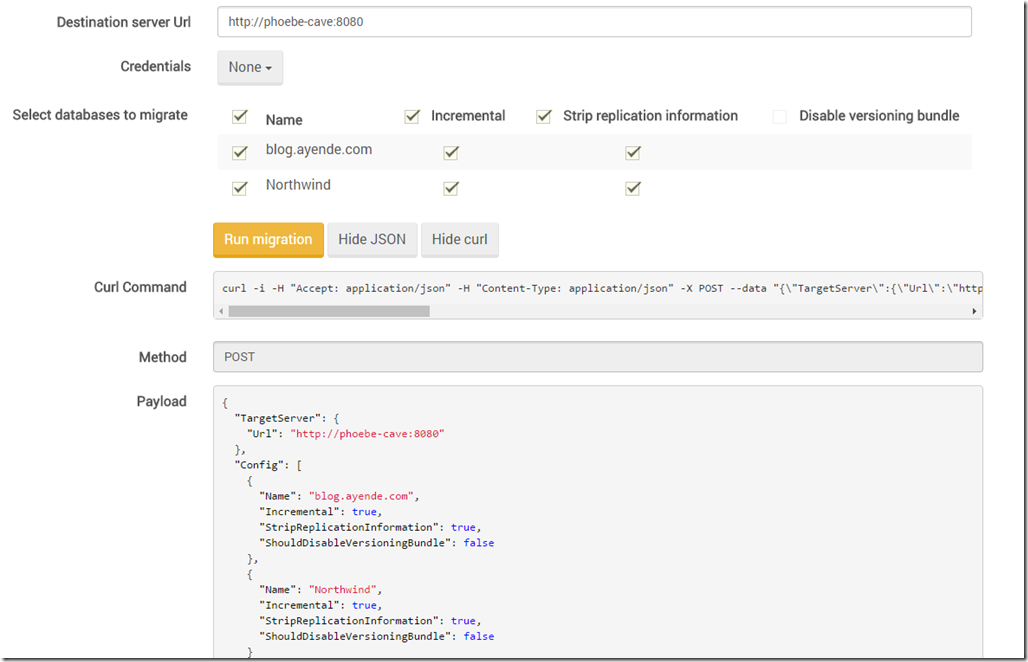 Leaving aside the UI bugs in the column alignment (which will be fixed long before you should see this post), there are a couple of things to note here. I have actually written about this feature before, although I do think that this is a snazzy feature.

What is more important is that we managed to get some early feedback on the released version from actual ops people and then noted that while this is very nice, what they actually want is to be able to script this. So this serves as both the UI for activating this feature, and also generating the curl script to execute it from a cron job.

As a reminder, we have the RavenDB Conference in Texas in a few months, where we’ll present RavenDB 3.5 in all its glory.