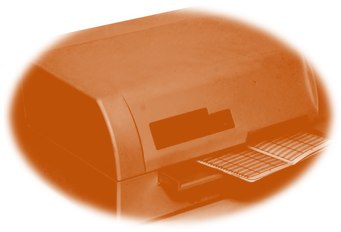 An interesting problem in distributed work shows up quite frequently in the prison space. Duplicated, delayed and repeated warrants (um… I mean packets). This can lead to some issues, especially since the receiving parties may or may not be in communication with one another.

Consider the case of a warrant to release a particular inmate. It is quite common for the process of actually getting the warrant back to the prison from the court to take a few hours. In that time frame, the inmate’s lawyer has already arrived at the gates of the prison and handed the release warrant to the block’s sergeant (it’s a bit more complex than that, but I’m skipping details here because I want to talk about the technical details of building a system to run a prison rather than the actual details of running a prison).

At this point, the block’s sergeant can pass the warrant off to the Registration Office, which will also accept the warrant from the court at some time in the future or they can initiate the release process directly. What actually happens depends on a lot of factors, but let’s say that they start the release process directly. We already talked about what that would mean, so let’s focus on another aspect of that. How do we deal with the arrival of the warrant to the Registration Office when there is already an open workflow to release the inmate.

For fun, here is an brief example of a warrant:

Yes, this is faxed, often unreadable and sometimes coffee stained. There is no such thing as a warrant id that you can use to check if the warrant has already been seen. There is supposed to be, at least per court / judge, but there often just isn’t.

Side note regarding the issue of faxing warrants. Yes, there have been cases where people just sent a release warrant and people got out. Part of the process of actually processing a release warrant is talking with the court to validate it, but that isn’t always done.

Another fun fact is that what one warrant may do another warrant may undo. So you may have a release warrant on hand, but the court has already issued a stay of 48 hours for that warrant so the police can appeal that, for example. If the second warrant doesn’t arrive in time…

At any rate, the fact that a warrant may show up multiple times and that there may be conflicting warrants being processed at the same time means that there is the need to handle some level of de-duplication. We can usually detect that using the inmate’s details and the date in which the warrant was issued (it is rare that multiple warrants for the same person are issued at the same date, so that is enough to flag things).  If the result of two warrants on the same date is the same, we can assume that they are the same.

If there are conflicts, this will raise a flag and require a human involvement to resolve it. A conflict will be raised for any non identical warrants for the same day for the same inmate, because any such activity is suspicious and require additional attention.

Following the Single Responsibility Principle as applied to prison (there must be a single responsible party so we can put them in jail if they mess this up), the validation of warrants is at the hands of the Registration Office and they take care of handling all such warrants. Even if the warrant was served directly to the block’s sergeant, the final validation (and responsibility) is on the Registration Office personal actually signing on the release form.

Can we expect an implementation of this system in the end?

Dejan, No, this series is purely about architectural level details

I remember when macto first was brought up, I did a quick google search and of course there are companies offering prison management packages. Sort of wonder how they do QA testing.

Peter, I assume that they do that the usual way. There is nothing actually special about prisons in this manner. Prisons are actually several times easier than payroll, for example