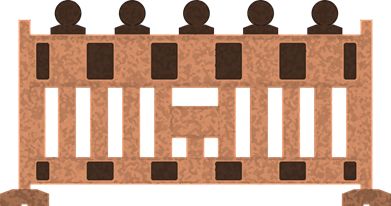 I have been writing about the internals of RavenDB for quite a while, and it is fascinating in many respects, but it gets tiring to keep thinking about bits & bytes all the time. I’m missing writing some of the more high level stuff, in particular about software architecture. So I thought that I would take the time to resurrect a very old post series of mine, Macto. I actually have quite a few posts about this, but they are all close to a decade old, so I might as well start from scratch.

Macto is a sample app for managing a prison. This is one of the few areas in which I can be an expert on the business requirements that isn’t utterly boring (I don’t want to do yet another E-Commerce stuff).  To keep up with the times, Macto is going to be written with a Micro service architecture, and just for fun, I might be doing that in multiple languages and platforms, because prison is not fun, and neither should be working on it’s computing systems

. Oh, and there is also the real world thing, I guess.

Since 2009, I have pretty much given up on building anything UI wise, so I’m going to show a few mockup screens, but the idea is that I’m going to be looking only at backend code, with another team actually doing the user interface.

The first thing to start with, I guess, is to paint the overall architecture of the system. Prisons are pretty rigid systems, as you might expect, but there are a lot of interconnected parts. In order to properly build a system to manage a prison we need to be able to answer what is going on from multiple points of view and from very different perspectives.

The prison commander cares about such things as the inmate’s count (the job is to keep them all hale and accounted for). The individual guard care about the particular set of cells they are assigned to and the inmates in them. The guys at Registrations care about the legal details of having a lawful warrant for holding an inmate in prison as well as when an inmate should be released. Intelligence cares about the connections between inmates, the kind of heads up that came through channels and what kind of actions should be taken as a result. Medical needs to verify that incoming inmates are fit to be held in the facility and Transfers needs to ensure that any movements of inmates outside the prison will complete successfully (as in, you got them out, you also gotta bring them all in).

Each of those pieces interact with others in interesting and complex ways. For example, incoming inmates needs to go through Registration for legal paperwork, Medical for certification, Intelligence for verification and then assigned to the proper block.  Once they are accepted into the prison, they are the charge of the particular block they are assigned to and rarely need to interact with the rest of the prison unless something extraordinary happens (visits, court, sickness, etc).

When thinking about the software architecture of such a system, the most important rule to remember is that we want the system to be used, this means that we really need to plan for what people are actually doing (in abstract of what they should be doing) and to help them do things, rather than hinder them. In most places, all these details are done with pen & paper, and it works, so our system will have to offer something more. Not to the prison administration, but to the actual people going about their work with the inmates.

From a software architecture point of view, we are going to model the system as a set of independent services that will each have the role of one of the departments inside the prison. The current term in micro-services, but in real systems, they are not so micro, so we might need to repeatedly break things apart until we get to a level in which things make sense in isolation.

A lot of the complexity is involved in managing such a system is in the flow of information across the system. In a prison, this is the responsibility of the Command & Control Center (C3, from now on) which is in charge of coordination and monitoring of actions across the board. This also work very closely with the heads of all departments and the prison commander as well as most other external parties, but it generally does nothing on its own.

I think that this is enough of an intro, and we’ll get right on to things in the next post, where we’ll talk about Counting Inmates.

Macto is a sample app for managing a prison. This is one of the few areas in which I can be an expert

Your marketing guys didn't proof-read this post, did they? :)

Out of context sounds pretty scary.

@Kurbein - you need to go back and read the original macto posts. Reminds me of my brother in the late 80s. He worked in hostpital in the far east and had studied delphi in college. He ended up writing all the software to run the hospital. What was needed was, apart from coding ability, familiarity with the domain. Back in the day he showed me some of the code. The "patient ID" was the most important thing that was needed everywhere. One of the last things he worked on was the restaurant module, he had to become familiar with the workings of all the food-related departments.

That's great news. I read those posts at the time and wondered what happened. I am looking forward to the series. If possible, it would be nice if you could contrast the microservice approach you are choosing with what it is that you had in mind at that time (2009).

The other day I was thinking hey I remember he started a DD example application, something related to inmate maybe he forgot it because of building RavenDB. I am looking forward to seeing the upcoming posts.

Kurbein, It is a long running joke for me. Used to work great in interviews: "I spent 2001 - 2005 in various max security prisons" Reactions were priceless. Then the face when they hear that I was working there, not imprisoned there.

Alex, That assumes that I remember much from it :-)

Then you were working there, not "hibernating" there. :-)