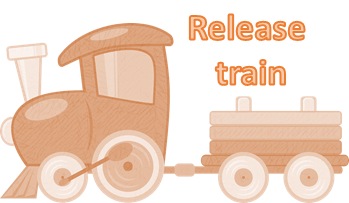 I was told that putting more than a single exclamation mark on the title is in bad taste, but it was really hard to refrain.

Today is my birthday, and we are celebrating with no remaining issues for RavenDB 4.0.

We just made the final commits for RavenDB 4.0. This means that it is (almost) done. As we speak the release train is already picking up speed with the bits currently being churned on the build server and on their way to be publicly available.

And yet there is this almost, what does this mean? We don’t have anything left to do in 4.0, but the release process we have is not something as simple as just pushing a build through the build server and sending it to the world.

We are now going into the final proof stage. For the next week, the entire company is going to be focused primarily on trying to see if we can break RavenDB in interesting ways. We are also rolling the new RavenDB bits to all our productions systems, doing a much larger scale test of all the features.

We decided to make these bits available to users as well, to give you direct access to the final product before the actual release. The RavenDB website is already updated with a new coat of paint, which I’m quite fond of.

As it turns out, releasing the project is a bit of a chore, so we are also working furiously on the docs, but it will take some time to complete. We pushed a lot of the updates to the online docs already, but there is still a lot to be done, which is another reason why we hold off on the RTM label.

That said, this is it, the only work going on right now is docs, testing and making sure that all the bits are glued together. Please download the new bits and give it a try, we would dearly appreciate any and all feedback.

We’ll have a full blog post with all the details in a week, when the official release will happen, in the meantime, we’re off to celebrate.

Congrats! Will the nodejs doc be available and complete for the RTM?

Nicolas, The node.js is now on beta mode, but should be fully functional for most things. We'll probably not RTM it at the same time as the server, but it should be fully capable for anything you want to do.

What is the definition of a core when looking at licensing? What happens when I have a quad core Xeon? It simply become 4 x € 749 for the Professional edition?