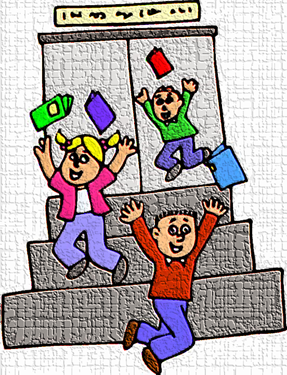 If has been two months since the first release candidate of RavenDB 4.0 and the team has been hard at work. Looking at the issues resolved in that time frame, there are over 500 of them, and I couldn’t be happier about the result.

When we were going through the list of issues for this released, I noticed something really encouraging. The vast majority of them were things that would never make it into the release highlights. These are the kind of issues that are all about spit and polish. Anything from giving better error messages to improving the first few minutes of your setup and installation to just getting things done. This is a really good thing at this stage in the release cycle.  We are done with features and big ticket stuff. Now it is time to finishing grinding through all the myriads of details and small fixes that make a product really shine.

That said, there are still a bunch of really cool stuff that were cooking for a long time and that we could only now really call complete. This list includes:

Users provided really valuable feedback, finding a lot of pitfalls and stuff that didn’t make sense or flow properly. And that was a lot of help in reducing friction and getting things flowing smoothly.

There is another major feature that we worked on during this time, the setup process. And it may sound silly, but this is probably the one that I’m most excited about in this release. Excited enough that I’ll have a whole separate post for it, coming soon.

Great news!! Can't wait for the RTM soon i hope :)

Is there any way to setup RavenDb 4.0 as a Windows Service?

Yoann. B, Yes, of course. The download comes with rvn tool, you can use that to setup the windows service.

Thanks Oren works well, pretty great work on this RC2 ! However, remotely access to the studio cannot be secured with some authentication (Basic, NTLM...) ?

Yoann. B, Security in RavenDB 4.0 is based around X509 client certificate and require HTTPS. See the setup options on first startup.

Nice. Glad to see how this platform is evolving!

BTW, is there any chance that the final release will contain an "AnyCPU" version for Windows rather than separated x86/x64 packages? 🙂 That would be extremely helpful because we could benefit from all the x64 optimizations when running on 64 bits OS but still support 32bits. If there are native binaries, it would be just a matter of choosing and loading them dynamically based on the running architecture! Thanks!!

Rodrigo, We split this up because we have native DLLs that we use that we need to separate according to the platform.

Im new to RAVENDB and I was fiddling around with facets in RC1 (for a search/filter page) After the upgrade to RC2 I got several compilation errors. So I suspect there were some API'S changes.

Are the some code snippets available/online somewhere were I can deduce how to work with facets in RC2?

Erik, What were the compilation errors? We are working on the docs as we speak right now.

small stuff like that :) Thanks you for the sample code, i'll have a look.