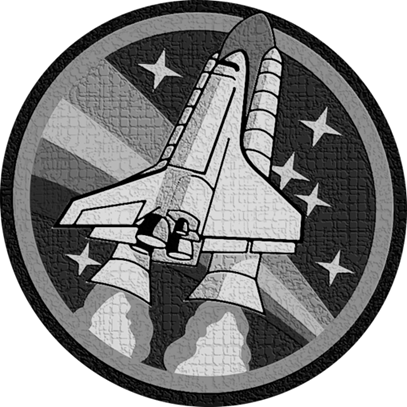 I introduced the notion of frictionless software in the previous post, but I wanted to dedicate some time to talk about the deeper meaning for this kind of thinking. RavenDB is an open source product. There are a lot of business models around OSS projects, and the most common ones includes charging for support and services.

Hibernating Rhinos was founded because I wanted to write code. And the way the way we structured the company is primarily to write software and the tooling around it. We provide support and consulting services, certainly, but we aren’t looking at them as the money makers. From my perspective, we want to sell people RavenDB licenses, not to have them pay us to help them do things with RavenDB.

That means that from the company perspective, support is a cost center, not a revenue center. In other words, the more support calls I have, the sadder I become.

This mesh well with my professional pride. I want to create stuff that are useful, awesome and friction free. I want our users to take what we do and blast off, not to have them double check that their support contracts are up to date and that the support lines are open. I did a lot of study around that early on, and similar to Conway’s law, the structure of the company and its culture has deep impact on the software that it produces.

With support seen as a cost center, this lead to a ripple effect on the structure of the software. It means that error message are clearer, because if you give the user a good error message, maybe with some indication of how to fix the issue, they can resolve things on their own, without having to call support. It means that configuration and tuning should be minimal and mostly self served, instead of having to open a support ticket with “what should be my configuration settings for this or that scenario”.

It also means that we want to reduce as much as possible anything that might trip users up as they setup and use our software. You can see that with the RavenDB Studio, how we spend a tremendous amount of time and effort to make information accessible and actionable for the user. Be it the overall dashboard, or the deep insight into the internals, various graphs and metrics we expose, etc. The whole idea is to make sure that the users and admins have all the information and tooling they need in order to make things works without having to call support.

Now, to be clear, we have a support hotline with 24/7 availability, because at our scale and with the kind of software that we provide, you need that. But we are able to reduce the support load by an order of magnitude with such techniques. And it means that by and far, our support, when you need it, is going to be excellent (because we don’t need to deal with a lot of low level support issues). That means that we don’t need a many tiered support system and it take very little time to actually get to an engineer that has deep familiarity with the system and how to troubleshoot it.

There are a bunch of reasons why we went this route, treating support as a necessary overhead that needs to be reduced as much as possible. Building new features is much more interesting than fielding support calls, so we do our best to develop things so we’ll not have to spend much time on support. But mostly, it is about creating a product that is well round and complete. It’s about taking pride in not only having all the bells and whistles but also taking care to ensure that things work and that the level of friction you’ll run into using our products is as low as possible.

More posts in "The best features are the ones you never knew were there" series:

I love this perspective on support! I'm often frustrated when I use a product that constantly seems to intentionally hide things from me: vague error messages, cryptic or encoded log files, unclear settings, etc. It's been a pleasure trying out RavenDB recently, because often the product tells me very quickly what is wrong, and usually tells me in a way that helps me know how to fix it.

jadarnel27, Thanks for that, we really try to get this right. It isn't easy, because you need to both have a proper error handling strategy and a good idea about not only what broke, but the most likely ways to fix it.

I am trying to model our new product along these guidelines - which is quite an uphill battle since our older products are all more of a blackbox, paid for by consulting. I'm feeling a lot of pain when rejecting PRs because the only error is "Something whent wrong".

But we are building a product comprised of microsservices and the abillity to follow and understand errors there is even more critical than in a monolith.

Christian, Take note that this may be literally against what the company wants if they are making money from consulting / support.