I like to think about myself as a database guy. My go to joke about building user interfaces is that a <table> is all I need for layout (it’s not a joke). About a decade ago I just gave up on trying to follow what is going on in the frontend land and accepted that I’ll reside in the backend from here on after.

Being ignorant of the ways you’ll write a modern frontend doesn’t affect the fact that I like to use a good user interface. I have seriously mixed feelings about the importance of RavenDB Studio to the project. On the one hand, I care that it is easy to use, obvious and functional. I love that it is beautiful and will generally make your life easier. And at the same time, I abhor the fact that it has such an impact on people’s decisions. I mean, the backend of RavenDB is absolutely beautiful, from a technical perspective. But everyone always talk about the studio.

Leaving aside my mini rant, we spend quite a lot of time and effort on the studio and the User Experience in general. This release is not an exception and we have a couple of major new updates to the studio.

One of the most common things you’ll do in the studio is run queries. In this release we have done a complete revamp of the automatic code completion for the client-side RQL queries written in the studio.
The new code assistance is available when writing any query in the Query view, Patch view, and in the Subscription Query. That was actually quite interesting, from a computer science perspective. We have formal grammar for RQL now, for example, which means that we can provide much better experience for query editing. For example, take a look:

Full code completion assistance and better error handling directly at the studio makes it easier to work with RavenDB for both developers and operations.

The second feature is the Identities page: 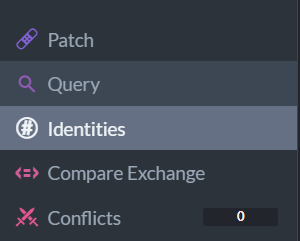 Identities has been a feature in RavenDB for a long time, and somehow they have never been front and center. Maybe the discoverability of the feature suffered? You can now create, edit and modify the identities directly in the studio, not just through the API.

It's like the user, always looking at the UI instead of the features. In that regard, devs are not different :)

There's a saying "the steak is in the sizzle."

Where can we read more about identities? I've been using RavenDB since 3.X and I've never seen this feature.