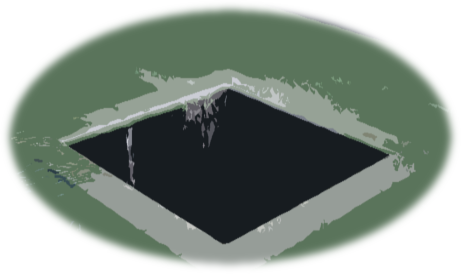 One of the benefits of having a product in the market for a decade is that you gain some experience in how people are using it. This lead to interesting design decisions over time. Some of them are obvious. Such as the setup process for RavenDB. Some aren’t, such as the surface of the session. It is kept small and focused on CRUD operations to make it easy to understand and use in the common cases.

And sometimes, the design is in the fact that the code isn’t there at all. Case in point, the notion of connection strings in RavenDB 4.0. This feature was removed in its entirety in this release and users are expected to provide the connection parameters to the document store on their own. How they do that is not something that we concern ourselves with. A large part of the reasoning behind this decision was around our use of X509 certificates for authentication. In many environments there are strict rules about the usage and deployment of certificates and having a connection string facility would force us to always chase the latest ones. For that matter, where you store the connection string is also a problem. We have seen configuration stored in app.config, environment variables, json configuration, DI configuration and more. And each time we were expected to support this new method of getting the connection string.  By not having any such mechanism, we are able to circumvent the problem entirely.

This sounds like a copout, but it isn’t. Consider this thread in the RavenDB mailing list. It talks about how to setup RavenDB 4.0 in Azure in a secure manner. Just reading the title of the thread made me cringe, thinking that this is going to be a question that would take a long time to answer (setup time, mostly). But that isn’t it at all. instead, this is a walk through showing you how you can setup things properly in an environment where you cannot load a certificate from a file and need to do that directly from the Azure certificate store.

This is quite important, since this is one of the things that I keep having to explain to team members. We want to be a very clear demarcation about the kind of things that we support and the kinds we don’t. Mostly because I’m not willing to do half ass job in supporting things. So saying something like: Oh, we’ll just support a file path and we’ll let the user do the rest for more complex stuff is not going to fly with this design philosophy.

If we do something, a user reasonably expects us to do a complete job in doing that and puts the entire onus of responsibility on us. On the other hand, if you don’t do something, there is usually no expectation that you’ll handle that. There is also the issue that is many cases, solving the general problem is nearly impossible while solving a particular user scenario is trivial. So letting them have full responsibility works much better. At a minimum, they don’t need to circumvent the things we do for the stuff that we do support, but can start from a clear ground.

I agree. That's a good idea not to be dependent on users' configuration choices. Otherwise, they'd like you to support 100+ connection string providers.