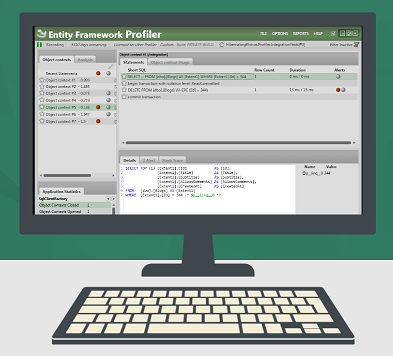 I’m really happy to announce that we have just release a brand new version of NHibernate Profiler and Entity Framework Profiler.

What is new in for NHibernate?

What is new for Entity Framework:

New stuff for both of them:

I run into a really interesting article about performance optimizations with EF Core and I thought that it deserve a second & third look. You might have noticed that I have been putting a lot of emphasis on performance and I had literally spent years on optimizing relational database access patterns, including building a profiler dedicated for inspecting what an OR/M is doing. I got the source and run the application.

I have a small bet with myself, saying that in any application using a relational database, I’ll be able to find a SELECT N+1 issue within one hour. So far, I think that my rate is 92% or so. In this case, I found the SELECT N+1 issue on the very first page load.

Matching this to the code, we have: 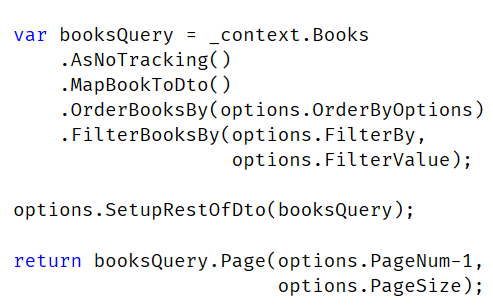 And here we can already tell that there is a problem, we aren’t accessing the authors. This actually happens here:

So we have the view that is generating 10 out of 12 queries. And the more results per page you have, the more this costs.

But this is easily fixed once you know what you are looking at. Let us look at something else, the actual root query, it looks like this:

Yes, I too needed a minute to recover from this. We have:

Jon was able to optimize his code by 660ms to 80ms, which is pretty awesome. But that is all by making modifications to the access pattern in the database.

Given what I do for a living, I’m more interested in what it does inside the database, and here is what the query plan tells us:

There are only a few tens of thousands of records and the query is basically a bunch of index seeks and nested loop joins. But note that the way the query is structured forces the database to evaluate all possible results, then filter just the top few. That means that you have to wait until the entire result set has been processed, and as the size of your data grows, so will the cost of this query.

I don’t think that there is much that can be done here, given the relational nature of the data access ( no worries, I’m intending to write another post in this series, you guess what I’m going to write there, right? 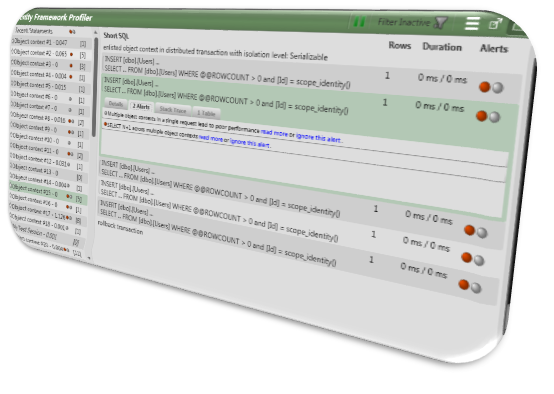 Please take them for a spin and provide us with feedback on it. 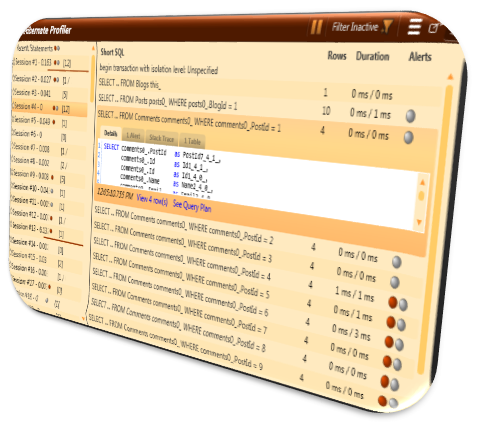 Well, it is nearly the 29 May, and that means that I have been married for four years.

To celebrate that, I am offering a 29% discount on all our products (RavenDB, NHibernate Profiler, Entity Framework Profiler).

This offer is valid to the end of the month only.

Reminding you that the end of year coupon has 2 remaining uses.

You can use: 0x21-celebrate-new-year to purchase any of the following with a 21% discount:

This is valid for today only, so hurry up.

Reminding you that the end of year coupon has 7 remaining uses.

You can use: 0x21-celebrate-new-year to purchase any of:

End of year discount for all our products

To celebrate the new year, we offer a 21% discount for all our products. This is available for the first 33 customers that use the coupon code: 0x21-celebrate-new-year

In previous years, we offered a similar number of uses for the coupon code, and they run out fast, so hurry up. This offer is valid for:

On a personal note, this marks the full release of all our product lines, and it took an incredible amount of work. I'm very pleased that we have been able to get the new version out there and in your hands, and to have you start making use of the features that we have been working on for so long. Working on the Uber Profiler 3.0

One of the things that tend to get lost is the fact that Hibernating Rhinos is doing more than just working on RavenDB. The tagline we like to use is Easier Data, and the main goal we have is to provide users with better ways to access, monitor and manage their data.

We have started planning the next version of the Uber Profiler, that means Entity Framework Profiler, NHibernate Profiler, etc. Obviously, we’ll offer support for EF 7.0 and NHibernate 4.0, and we had gathered quite a big dataset for common errors when using an OR/M, which we intend to convert into useful guidance whenever our users run into such an issue.

But I realized that I was so busy working on RavenDB that I forgot to even mention the work we’ve been doing elsewhere. And I also wanted to solicit feedback about the kind of features you’ll want to see in the 3.0 version of the profilers.