A long while ago, I was involved in a project that dealt with elder home care. The company I was working for was contracted by the government to send care workers to the homes of elderly people to assist in routine tasks. Depending on the condition of the patient in question, they would spend anything from 2 – 8 hours a day a few days a week with the patient. Some caretakers would have multiple patients that they would be in charge of.

There were a lot of regulations and details that we had to get right. A patient may be allowed a certain amount of hours a week by the government, but may also pay for additional hours from their own pocket, etc. Quite interesting to work on, but not the topic of this post.

A key aspect of the system was actually paying the workers, of course. The problem was the way it was handled. At the end of each month, they would designate “office hours” for the care workers to come and submit their time sheets. Those had to be signed by the patients or their family members and were submitted in person at the office. Based on the number of hours worked, the workers would be paid.

A single worker would typically have 4 – 8 of those, and the office would spend a considerable amount of time deciphering those, computing the total hours and handing over payment.

The idea of the system I was working on was to automate all of that. Here is more or less what I needed to do:

For each one of the timesheet entries, the office would need to input the start & end times, who the care worker took care of, whether the time was approved (actually, whether this was paid by the government, privately, by the company, etc), and whether it was counted as overtime, etc.

The rules for all of those were… interesting, but we got it working and tested. And then we got to talk with the actual users.

They took one look at the user interface they had to work with and absolutely rebelled. The underlying issue was that during the end of the month period, each branch would need to handle hundreds of care workers, typically within four to six hours. They didn’t have the time to do that (pun intended). Their current process was to review the submitted time sheet with the care worker, stamp it with approved, and put just the total hours worked into the payroll system. 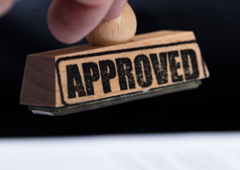 Having to spend so much time on data entry was horrendous for them, but the company really wanted to have that level of granularity, to be able to properly track how many hours were worked and handle its own billing more easily.

Many of the care workers were also… non-technical, and the timesheet had to be approved by the patient or family worker. Having a signed piece of paper was easy to handle, trying to get them to go on a website and enter hours was a non-starter. That was also before everyone had a smartphone (and even today I would assume that would be difficult in that line of business).

As an additional twist, it turns out that the manual process allowed the office employees to better manage the care workers. For example, they may give them a 0.5 / hour adjustment for a particular month to manage a difficult client or deal with some specific issue, or approve (at their discretion) overtime pay when it wasn’t quite "proper” to do so.

One of the reasons that the company wanted to move to a modern system was to avoid this sort of “initiatives”, but they turned out to be actually quite  important for the proper management of the care workers and actually getting things done. For an additional twist, they had multiple branches, and each of those had a different methodology of how that was handled, and all of them were different from what HQ thought it should be.

The process turned out to be even more complex than we initially got, because there was a lot of flexibility in the system that was  actually crucial for the proper running of the business.

If I recall properly, we ended up having a two-stage approach. During the end of the month rush, they would fill in the gross hours and payment details. That part of the system was intentionally simplified to the point where we did almost no data validation and trusted them to put the right values.

After payroll was processed, they had to actually put in all those hours and we would run a check on the expected amount / validation vs. what was actually paid. That gave the company the insight into what was going on that they needed, the office people were able to keep on handling things the way they were used to, and discrepancies could be raised and handled more easily.

Being there in the “I’m just a techie” role, so I got to sit on the sidelines and see tug-of-war between the different groups. It was quite interesting to see, I described the process above in a bit of a chaotic manner, but there were proper procedures and processes in the offices. They were just something that the company HQ never even realized was there.

It also taught me quite a lot about the importance  of accepting “invalid” data. In many cases, you’ll see computerized solutions flat out refuse to accept values that they consider to be wrong. The problem is that often, you need to record reality, which may not agree with validation rules on your systems. And in most cases, reality wins.

I've seen things like this in many different domains; computer wants accurate data, the operations team needs to record what happening.

One I remember was a freight forwarder, the company that assembles shipments and deals with customs/shippers on your behalf. The only notification for a job might be a phone call at 2 am with just an airway bill number, no idea of client, cargo anything really, but they needed that number to quote to the airline/cargo handler and then could fill in the details as they became known. We then put a gateway in place that wouldn't let the job progress beyond a certain phase until all the mandatory fields were present.

This idea of business processes having an unstructured phase followed by a more structured/validated approach is one I try to adopt.

What was equally impressive was the system we were replacing was on VAX/VMS and ran in 10 Kb of RAM - try that on a PC! Last time I had to do anything like that was in Clipper :-)

To be fair, the VAX/VMS style system tends to have a lot more straightforwardness (can't believe that is an actual word) in it. No fancy UI or complex queries.