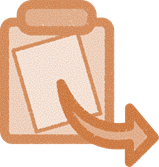 We are exposing an API to external users at the moment. This API is currently exposed only via a web app. The internal architecture is that we have an controller using ASP.Net MVC that will accept the request from the browser, validate the data and then put the relevant commands in a queue for backend processing.

The initial version of the public API is going to be 1:1 identical to the version we have in the web application. That leads to an obvious question. How do we avoid code duplication between the two?

Practically speaking, there are some differences between the two versions:

Aside from those changes, they are remarkedly the same. So how should you share the code?

My answer, in this case, was that the proper strategy was Ctrl+C and Ctrl+V. I do not want to share code between those two locations. In this case, code duplication is the appropriate strategy for ensuring maintainable code.

Here is my reasoning:

In other words, the fact that we have value equality doesn’t mean that we have identity equality. The code is the same right now, sure. And would be fairly easy to abstract so we’ll only have it in a single location. But that would create a maintenance burden. Whenever we make a modification in the web portion, we’ll have to remember to keep the old behavior for the API. Or we won’t remember, and create backward compatibility issues.

Creating separate codebases for ease use case result in a decision we make once, and then the most straightforward approach for writing the code will give us the behavior we want.

You might also want to read about the JFHCI approach.