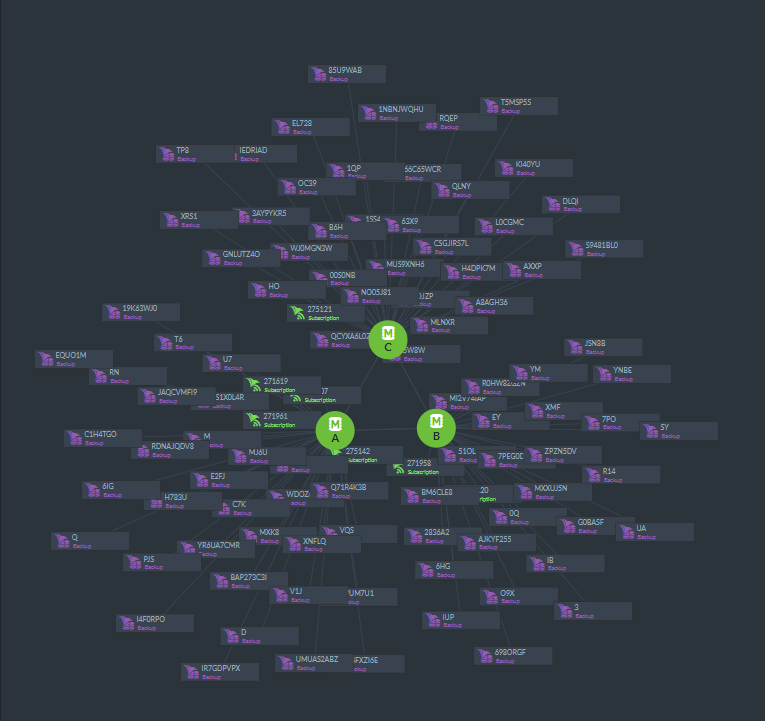 We have a lot of internal test scenarios that run RavenDB through its paces.

One of them had an issue. It would test that RavenDB backups worked properly, but it would (sometimes) fail to clean up after itself.

The end result was that over time, the test database would accumulate more and more backup tasks that it had to execute (and all of them on the same schedule).

You can see here how RavenDB is allocating them to different nodes in an attempt to spread the load as much as possible.

We fixed the bug in the test case, but I also consider this a win because we now have protection from backup DoS attacks

. And I just love this image.