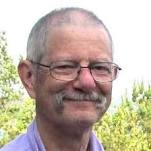 Over the weekend, I learned that Joe Armstrong has passed away. I have been thinking about through all of yesterday, because I have met Joe and had a few discussions with him, but I never had the chance to actually know him. Which is a shame, in a way, he changed my life.

One of the advantages of having a blog is that I can go back in time and trace things. In Sep 2007, I run into Joe for the first time. It was in the JAOO conference in Aarhus. I sat in his talk and was quite impressed. This is what I had to say at the time:

I was at the Erlang talk, which is quite probably the best one that will be here. Joe has created the language and wrote the book about it, so he certainly knows his stuff, and he is a Character with a capital C. I am not sure if it is a show or not, but it was amazingly amusing.

Bought the Erlang book, it is a weird language compare to those I know, but I really need to learn a new language this year, and Erlang gets me both functional and concurrent aspects for the "price" of one.

A couple of years later I was at the same conference and wrote:

I remember sitting at a session with Joe Armstrong talking about Erlang and finally getting things that were annoying just beyond my grasp.

Even since, whenever we were in the same conferences, I made sure to sit in his talk. He was an amazing speaker and I still carry with me his advice on system design and distributed architecture. I never really liked the Erlang syntax, but the concepts were very attractive to me. It took a while for this to percolate, but after reading some more about Erlang, I looked for an OSS project in Erlang that I could read, to actually grok what it is like to write in Erlang. I chose to read the CouchDB source code.

This was the first time that I really dove down into NoSQL and I remember running into all sort of things inside the CouchDB source code and thinking: “That isn’t how I would do it.” That code review ended up giving me so many ideas that I had to put them on paper (on keyboard, actually, I guess) and I wrote a whole series of blog posts on how to design a document database.

Just writing about it didn’t help, so I sat down and wrote some code. Some code turned into a lot of code, and that ended up being RavenDB.

And I can trace it all back to sitting in a conference room in JAOO, listening to Joe speak and being blown away.

That's an awesome story! Thank you for sharing.