Somehow it looks like we have a really busy social calendar. The good things about it is that we are probably somewhere near you. 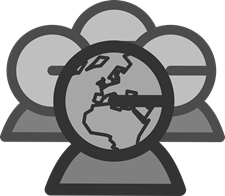 We are now on the cusp of releasing RavenDB 4.0, so it is a good time to come and hear us talk about it. We are left with some chores to do, but we can show you some really cool stuff. We are also doing a lot of talking about how we built RavenDB, in particular about the performance improvements.

If you are in Malmo, Sweden RavenDB has a booth in Oredev and Michael is going to talk about how you can Stay Friendly with the GC this Friday.

Next week, in Moscow, Russia is Federico talking about Patterns for high-performance C#.

Also next week, in Vilnius, Lithuania I’ll be speaking about Extreme Performance Architecture as well as giving a full day workshop on RavenDB 4.0.

At the end of the month, in Tel Aviv, Israel we’ll have a booth and show off RavenDB at the Microsoft Tech Summit.