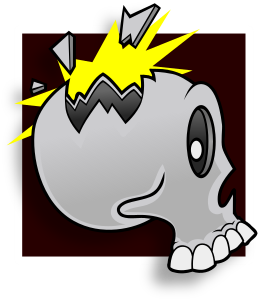 As we continuously optimized more and more of our code, we kept seeing faster and faster benchmarks. In fact, the more we optimized, the faster we became. One would think that there is some sort of correlation there.

However, that is a mere theory that can be disproven, as this story will demonstrate.

When optimizing, you eventually expects to get into the land of diminishing returns. But something very strange happened, we have made a few changes, the each should have brought our speed up by a significant percentage, we had the micro benchmarks to prove that this is the case, and we were even able to see that the code was running much faster than before, but the overall benchmark time kept growing, and we started seeing higher and higher stalls in the process.

That… sucked. Especially because we couldn’t figure out what was going on. Every single metric we could see was saying that we should be seeing higher speed, our disk usage went up, our CPU usage went up a bit, we increased our memory buffers from 32 MB to 1GB, and every single indication we had told us that we are faster on a per operation basis. But the entire thing just started slowing down more and more.

Frustratingly, there was nothing we could really sink our teeth into. The system would just go into stalls and do nothing. We got to the point it looked like we broke the operating system, but nothing helped, stuff just didn’t want to work. It looked like we were waiting for I/O, but tracing at the syscall level showed that we were getting much faster response from the hardware than we saw in the application. Somewhere, stuff was getting lost.

Eventually we managed to track it down to the offending line:

Still fine, right? We threw that into the thread pool, so it is fine to wait. But…

The line above is responsible for releasing our threads when the I/O operation has completed. Note that it needs to run on the thread pool as well, but because we are now much faster, we now have a lot of threads that are stuck in the call to SyncEnvironment, that overloaded the thread pool, and meant that the notification that we can proceed would come very late. We missed it in all of our profiling because we didn’t look at that code path at all, since it was obviously unrelated to the issue at hand.

Do you think that ThreadPool represents a bottleneck/problem in an application such as yours? The inability to have full control over how many threads are in the pool and how fast the pool grows does look problematic (at least to me). Would a dedicated ThreadPool be a better solution? You woud give up the TPL but that might not be that big of a deal.

Ian, I reschedule them sometimes

I too would be interested in hearing about a custom pool. I imagine you could spin up a number of threads at process create time, making your own dedicated pools. There are diminishing returns of course but at the level you're working at it could be worth exploring.

What the point of inspecting QueueUserWorkItem's return value. It's always true and this mehod is reporting error by throwing exception. Btw there is a typo in the first line of the last paragraph.

Sergey, Thanks, I fixed the typo. QueueUserWorkItem's can return false if there thread pool queue is full. We handle this very rare case to avoid getting stuck.

Oren, I've just looked at sources and I can't see any assignments of falses to return value. Also I rememebring statement in Joe Duffy's book about such "design bug" in threadpool.

Sergey, Thanks, we'll fix that, then.

Dalibor and Ian, RavenDB 3.5 was using a custom thread pool according to this: My thread pool is smarter

I don't know if that is still the case, though.

jadarnel27, Yes, we do use a custom thread pool in 3.5, that is one of the reasons we don't want to in 4.0, we know how hard it is to get this right properly.

In 3.5, the custom thread pool is used for indexing purposes, which meant that it is very much tailored for what we need it to do