A rather banal “thought experiment:”

What if the only code we could review was tests and interface definitions?

What would that force us to specify at the interface and behaviour level, rather than just the implementation level?

When I read it, I had an immediate and visceral reaction. Because this is one of those things that sound nice, but is actually a horrible dystopian trap. It confused two very important concepts and put them in the wrong order, resulting in utter chaos.

The two ideas are “writing tests” and “producing high quality code”. And they are usually expressed in something like this:

We write tests in order to product high quality code.

Proper tests ensure that you can make forward progress without having regressions. They are a tool you use to ensure a certain level of quality as you move forward. If you assume that the target is the tests and that you’ll have high quality code because of that, however, you end up in weird places. For example, take a look at the following set of stairs. They aren’t going anywhere, and aside from being decorative, serves no purpose. 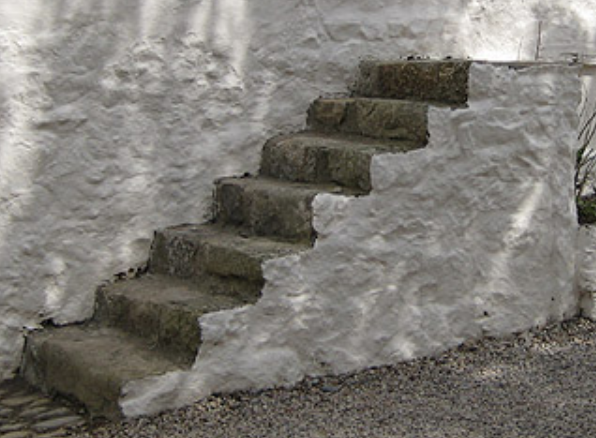 When you start considering tests themselves to be the goal, instead of a means to achieve it, you end up with decorative tests. They add to your budget and make it harder to change things, but don’t benefit the project.

There are a lot of things that you are looking for in code review that shouldn’t be in the tests. For example, consider the error handling strategy for the code. We have an invariant that says that exceptions may no escape our code when running in a background thread. That is because this will kill the process. How would you express something like that in a test? Because you end up with an error raised from a write to a file that happens when the disk is full that kills the server.

Another example is a critical piece of code that needs to be safely handle out of memory exceptions. You can test for that, sure, but it is hard and expensive. It also tend to freeze your design and implementation, because you are now testing implementation concerns and that make it very hard to change your code.

Reviewing code for performance pitfalls is also another major consideration. How do you police allocations using a test? And do that without killing your productivity? For fun, the following code allocates:

There are ways to monitor and track these kind of things, for sure, but they are very badly suited for repeatable tests.

Then there are other things that you’ll cover in the review, more tangible items. For example, the quality of error messages you raise, or the logging output.

I’m not saying that you can’t write tests for those. I’m saying that you shouldn’t. That is something that you want to be able to change and modify quickly, because you may realize that you want to add more information in a certain scenario. Freezing the behavior using tests just means that you have more work to do when you need to make the changes. And reviewing just test code is an even bigger problem when you consider that you need to consider interactions between features and their impact on one another. Not in terms of correctness, you absolutely need to test that, but in terms of behavior.

The interleaving of internal tasks inside of RavenDB was careful designed to ensure that we’ll be biased in favor of user facing operations, starving background operations if needed. At the same time, it means that we need to ensure that we’ll give the background tasks time to run. I can’t really think about how you would write a test for something like that without basically setting in stone the manner in which we make that determination. That is something that I explicitly don’t want to do, it will make changing how and what we do harder. But that is something that I absolutely consider in code reviews.

I think big part of the problem lies in 'force us' statement. Somehow writing tests and 'forcing us' seem to go together pretty often. You can force people to write tests or do certain things certain way, but no wonder it produces nonsense - it's forced and serves no other purpose.