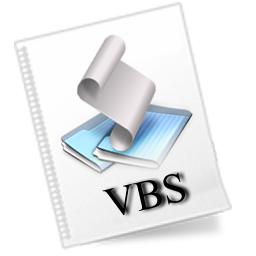 I was reminiscing about some old code that I wrote a long while ago, in the heyday of ASP and when the dotcom bubble was just starting to inflate. At the time, I was either still at high school or just graduated and I was fascinated by the ability to write web applications. I wrote quite a few of them, as I recall. Thankfully, none of them ever made it to this day and age. I remember one project in particular that I was quite proud of. I wrote a bunch of BBS / forum systems. One version used an Access file as the database. IIRC, that is literally how I learned SQL for the first time.

The other BBS system is what I’m here to talk about today. You couldn’t always get Access, and having it installed on the server was PITA. Especially given that I was pretty much limited to hosts that offered free hosting only. So I decided to write a BBS system that had no dependencies whatsoever and can be deployed on any host that could handle ASP. Note that this is ASP classic, .NET is still 2 years away from alpha status at this time and Java is for applets.

I decided that I would write everything through file I/O, but that was quite complex. I needed something that would help me out. Then I realized that I could use ASP itself to help me. Instead of having to pull data at runtime from a file, parse it, process it and so on, I could lean on ASP itself for that.

Trigger warning: This code is newly written, but I still remember the shape of it quite well. This may cause you seizures. For the full beauty of this piece of code, you need to consider that this is a very small piece of a much larger codebase (all in a single file, of course) but it is a very much a reprehensive representative example.

I’ll give you a moment to study the code. It deserve that much of your attention.

What you see here is a beautiful example of using code as data and data as code, self modifying code and some really impressive (even if I say so myself) capabilities of my past self to dig himself way into the hole.

Bonus points if you can point out all the myriad of issue that this code has. You can safely leave aside maintainability, I never had to maintain it, but over twenty year have passed, and I still remember the complexity involved in keeping all the states in my head.

And that was the first time that I actually wrote my own dedicated database.

Wow, self modifying web page. This is some next level "Static site" generation ... You've predicted wha's shaping to be the future for static sites.

JAM Stack before it was cool, hah.

I experienced the same issues that you had too. Reading the post I remember one solution that I created to build a complete newspaper site using a dozen exported TXT files from Adobe Pagemaker :)

I'm not sure what's worse... My first dynamic web application was around 1997, indexed retail businesses, reviews, etc. the data was collected in FileMaker, exported & imported into Oracle, with website in OWA (Oracle Web Applications). Website was run in Oracle using Stored procedures with PLSQL interspersed with html markup :).