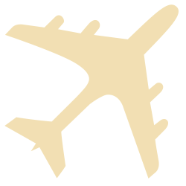 I’m going to be traveling extensively in the first part of 2019.

On January, I’m going to be in Sandusky, Ohio for CodeMash where I’ll be speaking about Extreme Performance Architecture, how we were able to refactor RavenDB to get insane level of performance. I’m going to be covering both low level details (there might be some assembly code) and the high level architecture that make it all possible.

On February, I’ll be in the RavenDB booth in the O’Reilly Software Architecture in New York. You should come and see what goodies we’ll have to show off at that stage. If you are in healthcare, we’ll also be at the HIMMS conference in Orlando where we’ll showing off some of the ways RavenDB make working on healthcare software easier.

I’m also going to have an event in New York in February (details to follow) in which I’ll speak about a grown up database. How RavenDB is able to run without a dedicated admin and what kind of behaviors you can expect from it.

On March, I’m going to be visiting the Gartner Data & Analytics conference in Orlando, you can ping me if you want to sit and have lunch there.