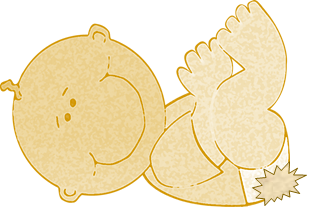 You learn a lot of things when talking to clients. Some of them are really fascinating, some of them are quite horrifying. But one of the most important things that I have learned to say to client is: “This is out of scope.”

This can be an incredibly frustrating thing to say, both for me and the client, but it is sometimes really necessary. There are times when you see a problem, and you know how to resolve it, but it is simply too big an issue to take upon yourself.

Let me give a concrete example. A customer was facing a coordination problem with their system, they need to deal with multiple systems and orchestrate actions among them. Let’s imagine that this is an online shop (because that is the default example) and you need to process and order and ship it to the user.

The problem at this point is that the ordering process need to coordinate the payment service, the fulfillment service, the shipping service, deal with backorders, etc. Given that this is B2B system, the customer wasn’t concerned with the speed of the system but was really focused on the correctness of the result.

Their desire, to have a single transaction encompass all such operations. They were quite willing to pay the price in performance for that, in order to achieve that goal. And they turned to us for help in this matter. They wanted the ability to persistently and transactionally store data inside RavenDB and only “commit” it at a given point.

We suggested a few options (draft documents, a flag in the document, etc), but we didn’t answer their core question. How could they actually get the transactional behavior across multiple operations that they wanted?

The reason we didn’t answer that question is that it is… out of scope. RavenDB doesn’t have this feature (for really good reasons) and that is clearly documented. There is no expectation for us to have this feature, and we don’t.  That is where we stop.

But what is the reason that we take this stance? We have a lot of experience in such systems and we can certainly help find a proper solution, why not do so?

Ignoring other reasons (such as this isn’t what we do), there is a primary problem with this approach. I think that the whole idea is badly broken, and any suggestion that I make will be used against us later. This was your idea, it broke (doesn’t matter you told us it would), now fix it. It is a bit more awkward to have to say “sorry, out of scope” ahead of time, but much better than having to deal with the dirty diapers at the end.