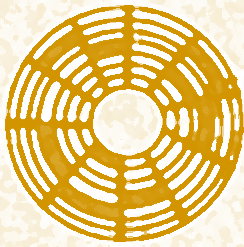 The second finding in the security report was Inaccurate Key Size. Basically, we initialized a 512 bytes buffer as the master key we will use if the user didn’t give us one. The problem is that our encryption algorithms were using 256 bits out of this range.

The 512 bytes value wasn’t selected at random. This is the minimum sector size on all hard disks that you are likely to encountered and it was chosen to ensure that writing this value to disk would be atomic.

Fortunately, nothing in the code actually depended on that atomic property and it was fairly misleading. While it isn’t as if we are likely to run out of random numbers, reading the code and understanding that you use a 4096 bits buffer as the encryption key but only expect the first 256 bits to be used (note the difference between bits & bytes in this post, they matter) is confusing.

Another issue was that we reused this value to several different encryption algorithms, all of them were taking the same size key, but while that works, for code clarity and ensuring the longevity of the code, it is better to explicitly separate them.

In this case, it was very much the case of premature planning causing us to use something that was a fair bit more complex in practice than what we needed. The solution there was to be explicit and separate the requirements, even if we had to write a bit more code, the cost over time would be much lower because it is not clearer what is going on and you don’t have to guess from prior knowledge.