I speak a lot about good error handlings and our perspective on support. We consider support to be a cost center (as in, we don’t want or expect to make money from support), I spoke at this at more length here. Today I run into what is probably the best example for exactly what this means in a long while.

A user got an error: 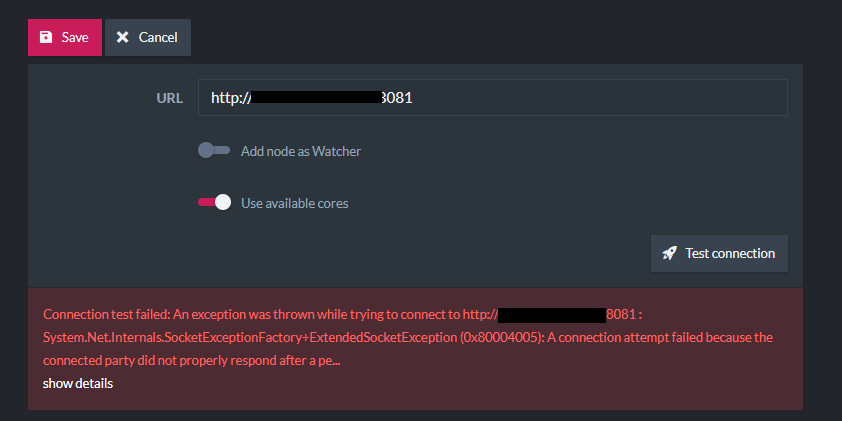 The error is confusing, because they are able to access this machine and URL. The actual issue, if you open the show details is here:

Connection test failed: An exception was thrown while trying to connect to http://zzzzzzzz.com:8081 : System.Net.Internals.SocketExceptionFactory+ExtendedSocketException (0x80004005): A connection attempt failed because the connected party did not properly respond after a period of time, or established connection failed because connected host has failed to respond 143.29.63.128:53329

And that is good enough to explain to me, what is going on. RavenDB is usually using HTTP for most things, but it is using TCP connections to handle performance critical stuff, such as clustering, replication, etc. In this case, the server is listening on port 53329 for TCP connections, but since this is a public facing instance, the port is not accessible from the outside world.

This issue has generated a support call, but a better message, explaining that we could hit the HTTP endpoint and not the TCP endpoint would have led the user knowing exactly what the issue is and solving the problem on their own, much faster.

Looks like you forgot to mask the IP in the error details.