It took a while, but it is here. The most requested feature on the Azure Store is here: 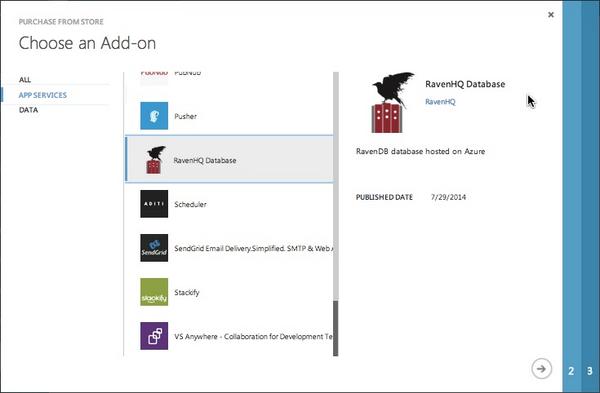 This is currently only available on the East US region. That is going to change, but it will take a bit of time. You can vote on which regions you want RavenHQ on Azure to expand to.

RavenHQ on Azure can be used in one of two ways. You can purchase it via the Azure Marketplace, in which case you have to deal only with a single invoice, and you can manage everything through the Azure site. However, the Azure Marketplace doesn’t currently support prorated and tiered billing, which means that the plans that you purchase in the marketplace have hard limits on data. You could also purchase those same plans directly from RavenHQ and take advantage of usage based billing, which allows you to use more storage than what’s included in the plan at a prorated cost.

RavenHQ is now offering a lower price point for replicated plans, so you don’t have to think twice before jumping into the high availability option.

wow, this is great I have been tracking this on Azure and didn't see this yet!! Thanks.

I signed up for this and it failed for some reason... this will be great when it works...

Hi Mike H - Could you share more details on the failure in using RavenDB on Azure?