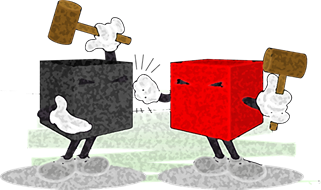 Recently I had a need to test our SSL/TLS infrastructure. RavenDB is making heavy use of SSL/TLS and I was trying to see if I could get it to do the wrong thing. In order to do that, I needed to make strange TLS connections. In particular, the kind of things that would violate the spec and hopefully cause the server to behave in a Bad Way.

The problem is that in order to do that, beyond the first couple of messages, you need to handle the whole encryption portion of the TLS stack. That is not fun. I asked around, and it looks like the best way to do that is to start with an existing codebase and break it. For example, get OpenSSL and modify it to generate sort of the right response. But getting OpenSSL compiling and working is a non trivial task, especially because I’m not familiar with the codebase and it is complex.

I tried that for a while, and then despaired and looked at the abyss. And the abyss looked back, and there was JavaScript. More to the point, there was this project.  Forge is a Node.JS implementation of TLS from the ground up. I’m not sure why it exists, but it does. It is also quite easy to follow up and read the code, and it meant that I could spend 10 minutes and have a debuggable TLS implementation that I could hack without any issues in VS Code. I liked that.

I also heard good things about the Go TLS client in this regard, but this was easier.

This was a good reminder for me to look further than the obvious solution. Oh, and I tested things and it my hunch that the server would die was false, it handled things properly, so that was a whole lot of excitement over nothing.