This is a divergence from my usual discussion on technical stuff. In this post, I want to talk about money. In particular, how you get it from other people. Note that I am neither an expert nor qualified to talk about the subject matter, this post came out of a lot of scribbled notes and is mostly meant to serve as a way to lay down a line of thought. All numbers are made up, and while I would like such a car, it would be mostly to inflict it on the employee of the month.

There are many cases in the lifecycle of a business where you need more cash than you currently have (or are willing to spend outright).

A common scenario is when you start a business, or when you want to expand it. For our discussion, we’ll use the example of the following drool worthy car: 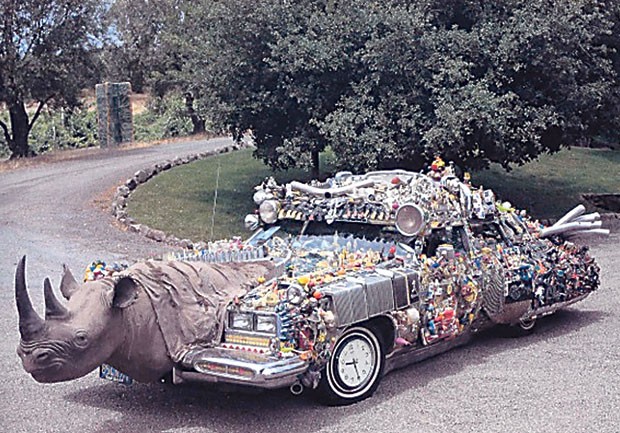 I consider such a piece of art priceless, but let us say that I managed to convince the owner to sell it to me for the nice sum of 1,000,000$.

Unfortunately, I don’t have 1,000,000$. I only have 650,000$. So long, beautiful car, it was very nice to know you, but it is just not possible. Except that there is this thing where people give you a lump sum of money, and you give it back over time (although usually more than you got).

Funding is important for businesses in the same manner that breathing is for people. There are typically several ways to fund a business:

The best choice is self funding, because that mean that you are profitable and aren’t beholden to someone. The other really depend on personal preferences. Here are mine:

The remaining two options are self funding and getting a loan. Now, assuming that no one else buy this magnificent car, I can put some numbers in Excel and predict that in a couple of years, I’ll have enough money to buy it outright. So all I need to do is ask the owner to not sell it to anyone, hope that my cash flow remain according to projections, hope the price doesn’t change and just wait.

Of course, that means that I can’t crash lift moral by making this the official company car in the meantime. I’m losing quite a lot of amusing moments by waiting, and that is assuming that it is still possible in two years. Of course, if in two years I would have the money to do so, I’m not so sure that I would still want to just purchase it directly. That would mean having no money at all. And that is kinda of scary, because salaries need to be paid, and this car doesn’t look like it has good gas/mileage ratio.

So the option that we have left is taking a loan. The nice thing about doing that is that we can mortgage the actual asset that we are buying, this magnificent car. Now, the bank may not value it as much as I do, so they are going to give it a price of only 900,000$, and then they are going to only agree to fund 80% of that, which gives us 720,000$.

In other words, that means that we need to puny up 380,000$, which is much more reasonable, and leave us with a bit of free cash cushion. That lead to a few interesting observations:

This means that this is a much simpler deal than going to a bank with a business plan and hoping that they will believe that we can make it. Now, let us get down to the financial details.

An offer from bank A is for an interest rate of 4%. That gives us a month payment over ten years of 7,290$ per month.

That is a simple number game, and we are pretty much done at this point, right? Almost, but let us project this over 10 years, and see where that put us.

In other words, the total difference is 10,200$. That means that while it is still a numbers game, it isn’t just the interest rate. The reason is that we now need to consider a lot more aspects. For example, Bank B may have an easier loan approval process, or require less security, or value the car higher than bank A. Bank A doesn’t allow early cash out, while bank B does, or a million and one other differences.

The question now becomes is whatever the other stuff beyond the raw interest rate can be quantified, and whatever it is worth more than 10,000$.

As I said earlier in this post, this is mostly settling things in my mind. Feel free to ignore this post all together.

What are you're thoughts about crowfunding? It seems to be all the hype these days..

Out of topic. I've seen this error Just a minute ago on this blog post:

Dave, Great question, I have a post about it scheduled for tomorrow

In most cases, better to find an investor that understands the magnitude of risk/reward so that if the product fails in market you can continue to operate without the burden of servicing old debt. Tech investors have very far out event horizons, so even if you fail to capture market share they're usually willing to find and/or invest more to get to the next milestone if they believe in you and your team as time goes on. Some business loans make more sense, like say if I'm a solar energy specialist and I need $100,000 to purchase panels to fulfill an order it makes sense to take the loan. I would be trading interest payments for profit margin where otherwise I would be incapable of filling the order. However, I think that bar is really pretty high, and in technology it's usually better to trade equity for cash rather than risk expensive bankruptcy proceedings. I would say your investor risk isn't the bureaucracy of managing compliance, but rather the creative challenge of convincing them that your company will be worth $1B and accepting the fact that, in tech, the expectation will be that you're trying to build a huge company even if the absolute amount of money you're raising is very small. Most technologists don't think in terms of "how do I build a $1,000,000,000 company" we mostly just want to put out great work... I've heard this described as "managing your own psychology." I'm curious to hear your thoughts on crowd funding. I think that there are some interesting challenges there especially with regards to software products and services, but it does seem very compelling to side-step a lot of the financial risks without forfeiting control.

First, the assumption that we are trying to build a specific product. I intentionally gave the car example, because it isn't about creating a product, or building a 1B$ company. It isn't the case that I want someone else to carry the financial risk in a high risk/high reward scenario. This is a low risk/low reward situation, instead. And it isn't about product, or even the resources directly for a product. Rather, this is a case where we need to create a long term investment in the company itself.

In this example, the car will allow us to raise morale by a certain percentage, but it isn't going to magically make us worth a lot more.

The other side of that is the issue with 1B$ company. That isn't my goal. Sure, I'm pretty sure most startups are trying to get there, but HR isn't a startup company. It never was. The idea is to create an environment where we can develop great software, deal with fascinating challenges and produce awesome products. Oh, and get paid for it.

The 1B$ path is a good way to get an ulcer. I would much rather have a slowly growing company, because that is much easier to deal with, manage and to sustain. It also allow me to actually enjoy the work, have a life outside of work and in general not get an ulcer.

I totally agree with your philosophy about not everything is the "put $1 in to get $2 out" variety, but inevitably some has to be about that. And also the $1B debate is pretty silly and I agree there as well. If this is truly the low risk situation then you're probably just being overly cautious, right? :)

Eli, I'm being very cautious, yes. The chance to fail is relatively low, and even if this happen, we can manage. The reward are equally small, and only really show up in a six months to a couple of years. But going through the full spectrum of options, and weighing the risk/reward of each means that I'm much more comfortable with the decision and its consequences.