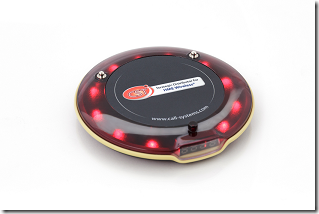 From a conceptual model, a thread and a task are very similar. That is very much by design, since the Task is meant to allow you to work with asynchronous code while maintaining the illusion that you are running in a sequential manner. It is tempting to think about this in terms of the Task actually executing the work, but that isn’t actually the case.

The Task doesn’t represent the execution of whatever asynchronous process is running, the Task represent a ticket that will be punched when the asynchronous process is done. Consider the case of going to a restaurant and asking for a table, if there isn’t an available table, you cannot be seated. What the restaurant will do is hand you a pager that will buzz when the table is ready. In the same sense, a Task is just such a token. The restaurant pager doesn’t means that someone is actively clearing a table for you. It is just something that will buzz when a table is ready.

In this case, we are manually coordinating the Task using its completion source and you can see that the Task instance that was handed when trying to get a table doesn’t actually start anything. It is simply waiting to be raised when called.

That is an important aspect of how System.Threading.Tasks.Task works, because it is usually in contrast to the mental model in our head.

In ReleaseTable, wouldn't occupancy += _waiters[0].Item2 be needed at or around line 31?