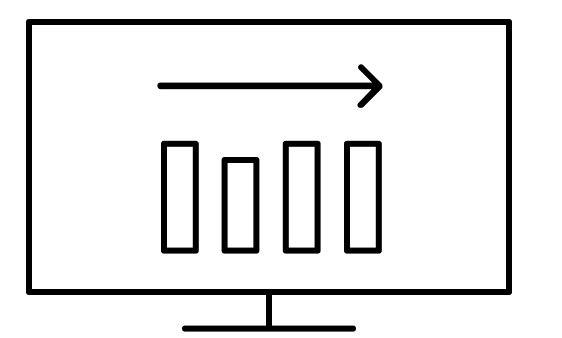 I want to talk about an aspect of RavenDB that is usually ignored. Its pricing structure. The model we use for pricing RavenDB is pretty simple, we charge on a per core basis, with two tiers depending on what features you want exactly. The details and the actual numbers can be found here. We recently had a potential customer contact us about doing a new project with RavenDB. They had a bunch of questions to us about technical details that pertain to their usage scenario. They also asked a lot of questions about licensing. That is pretty normal and something that we field on a daily basis, nothing to write a blog post about.  So why am I writing this?

For licensing, we pointed to the buy page and that was it. We sometimes need to clarify what we mean exactly by “core” and occasionally the customer will ask us about more specialized scenarios (such as massive deployments, running on multiple purpose hardware, etc). The customer in question was quite surprised by the interaction. The contact person for us was one of the sales people, and they got all the information in the first couple of emails from us (we needed some clarification about what exactly their scenario was).

It turned out that this customer was considering using MongoDB for their solution, but they have had a very different interaction with them. I was interested enough in this to ask them for a timeline of the events.

It took three and a half months from initial contact until the customer actually had a number that they could work with.

To repeat that again. From having a scenario to having a quote (or even just a guesstimate pricing) took over 100 days! It also took five different meetings with various MongoDB representatives (and having to keep explaining the same thing many times over) to get a number.

For reference, the time frame from a customer asking about RavenDB for the first time and when they have at least a fairly good idea about what kind of expense we are talking about is measured in hours. Admittedly, sometimes it would be 96 hours (because of weekends, usually), but the idea that it can take so long to actually get a dollar value for a customer is absolutely insane.

Quite aside from any technical differences between the products, the fact that you have all the information upfront with RavenDB turns out to be a major advantage. For that matter, for most scenarios, customers don’t have to talk to us, they can do everything on their own.

The best customer service, in my opinion, is to not have to go through that. For the majority of the cases, you can do everything on your own. Some customers would need more details and reach out, in which case the only sensible thing is to actually make it easy for them.

We have had cases where we closed the loop (got the details from the customer, sent a quote and the quote was accepted) before competitors even respond to the first email. This isn’t as technically exciting as a new algorithm or a major performance improvement, but it has a serious and real impact on the acceptance of the product.

Oh, and as a final factor, it turns out that we are the more cost efficient option, by a lot.

I think cloud ravendb is one of the best experiences I had with cloud setups. We're in the process of moving / upgrading from 3.x to 5.x, that is from ravenhq.com to cloud.ravendb.net. A free account and access to that free database was just a matter of minutes! Very happy with that process. After some more testing and hardening we'll upgrade to a paid version, slightly more expensive than ravenhq.com but with a lot more features, yay!

If I could offer a suggestion the per hour pricing on the cloud pages is confusing. I need a monthly cost.

Hover over the pricing, it will tell you what it is as a monthly charge.

I don't get that on my browser or see an obvious way to see the monthly numbers. I could do the math too, but I've never submitted an expense report for something in cents and hours. Just something to consider to smooth out the sales process.