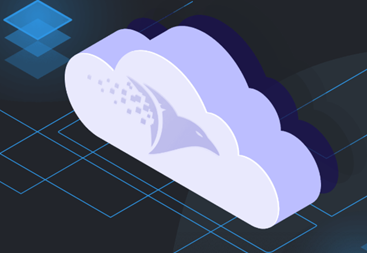 I’m happy to let you know that as of last week, RavenHQ has been updated with full general availability of managed RavenDB 4.1 in the cloud.

If you aren’t familiar with RavenHQ, this update gives you the ability to get a managed RavenDB cluster in minutes. In this case, you get all the usual benefits of RavenDB as well as the peace and quite of someone else managing all the other details for you.

We have been steadily working on making RavenDB a self managed database, but there are still things that it can’t do on its own. RavenHQ close the loop. If your database is large and is about to run out of disk space, RavenHQ can automatically increase the allocated storage, for example. A machine went down? RavenHQ will transparently replace it and allow the cluster to recover without having any impact on your client code.

If you have used RavenHQ in the past, there are important changes. Previously, you would use RavenHQ to provision a database. That has changed, you now provision a cluster of nodes and you can create as many databases as you want. If you need a test database for CI, you can just create one on the fly, no extra charges or need to use additional APIs over the RavenDB native client.

All the usual management features of RavenDB are available as well, including the ability to extend RavenDB on the fly using index extensions and analyzers. We went over all the feedback that we got from the community and users and have done the same thing for RavenHQ that was done in the move from RavenDB 3.5 to RavenDB 4.0. Everything should be better, in the case of RavenDB, we had a rule that things should be at least 10x better, and I believe that you’ll find the RavenHQ experience similar.

As always, we would really love your feedback.

Hey, this looks really fantastic. And I think it's more affordable than my current setup, which is running a medium sized VM in Azure. Plus it gives me the 3 node cluster - fantastic. I feel like I can finally start using Raven in a cluster. I've been running a single database too long. :-)

Some bits of feedback:

Overall, great work RavenHQ team! This looks fantastic. I feel like this is a huge improvement over RavenHQ for Raven 3.x.

The problem with these sizes it that you'll always have a higher tier desired. We picked the 5GB mark as a reasonably sized limit to separate small stuff from more serious projects. It is an easy way to demarcate the project size (pun intended). You are likely better with looking into index consolidation, if you can do that, this can save some disk space.

About geo distribution and cross region stuff. RavenDB itself can do that fairly easily, of course. The problem with offering that in the cloud is that you have to pay ingress / egress costs in each case, which can raise the overall cost of the solution. We have decided that deploying to multiple availability zones in a single region is more common scenario for the time being.