I can talk about this feature for quite some time, but it is really hard to explain via text. I even prepared an animated GIF that I was going to show here, but I draw the link at <blink/> tag (and yes, I know that dates me).

Honestly, the best way to see this feature is in action, and we’ll be doing some videos doing just that once RavenDB is in Release Candidate mode, but I just couldn’t sit on this feature any longer. I actually talked about it a few times in the blog, but I don’t think anyone really realized what it means. 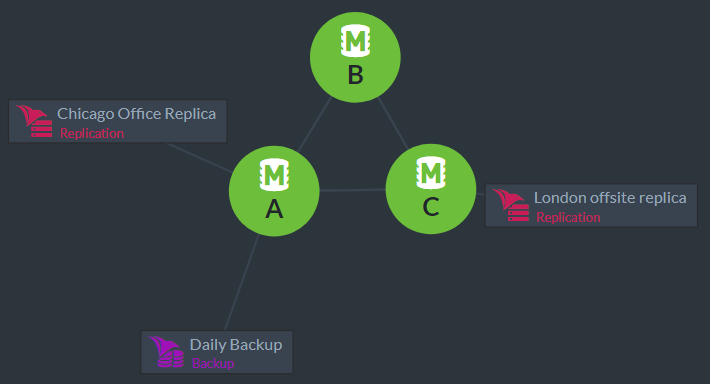 It has a few responsibilities,  we need to do a daily backup, and there are a couple of offsite replicas that needs to be maintained. The cluster assign the work to the various nodes and they are each responsible for doing their part. However, what happens when a node goes down?

In this case, the cluster detect that and dynamically redistribute the work among the other nodes in the cluster. 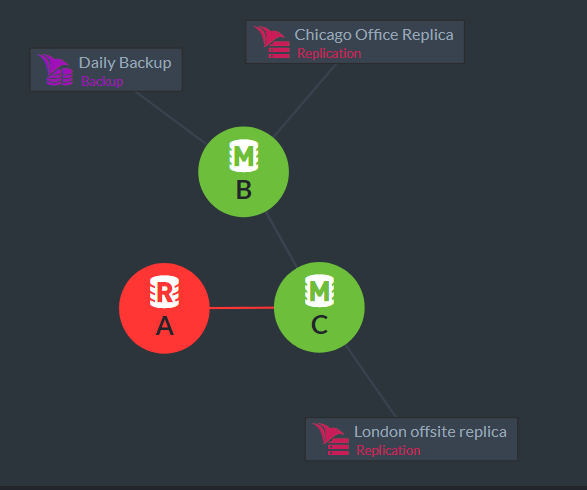 Work can be things like backups, replicating outside of the cluster or managing batch jobs.

In fact, because we have a node failure, the cluster has assigned C to be the mentor of node A when it will come up again, letting it know about all the changes in the database while it was down, but I’ll talk about that feature on another post.