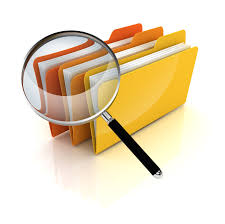 RavenDB is an ACID database for documents, and it is a BASE database for queries. That design principle has serve us very well since the start, because it allow us to modify the way we are handling things internally without violating the promises we give to the user.  In particular, the ability to hand out potentially stale information has been crucial for a lot of performance optimizations in RavenDB.

That said, while is has been a core feature of RavenDB from the start, I haven’t found a single user who had a hankering for longer staleness latency. That is a long way to say that we managed to reduce further the number of times RavenDB will return query results marked as stale. We have talked about some of this in the previous posts, with regards to better batching and optimization in the indexing process itself, but we already talked about this.

In RavenDB 3.0, we are using smarter algorithm to detect if an index has potentially changed, in particular, we can detect if the index isn’t covering any of the changed documents that it hasn’t had a chance to index yet. If we know that no document yet to be indexed is going to be indexed by this index, we can short circuit indexing and declare the index as non stale. In practice, this should resolve a common misconception “I changed one document, all indexes became stale” by having a better match between what the user thinks is going on and the externally observed behavior.

Your applications would be a little faster, but that should be the sole difference from your point of view.

Another change that does require you to take active action is nested transformers. The idea is that transformers often encompass some piece of business logic related to how to pull an entity / entities for a particular task. It would be nice not to have to duplicate this logic (and maintain it over time). With RavenDB 3.0, you can now nest transformers and have one transformer call another to do some part of the work.

Here is how this looks: